Why your mind absolutely matters when you want to change

I’ve been known to do (probably more than) my fair share of complaining about my past: my parents did my brain in; I didn’t get the opportunities everyone else seems to get; I was a middle child; and on and on… The coaching course I attended shut me up (like my Significant Other could not) by explaining just why all that really doesn’t matter… 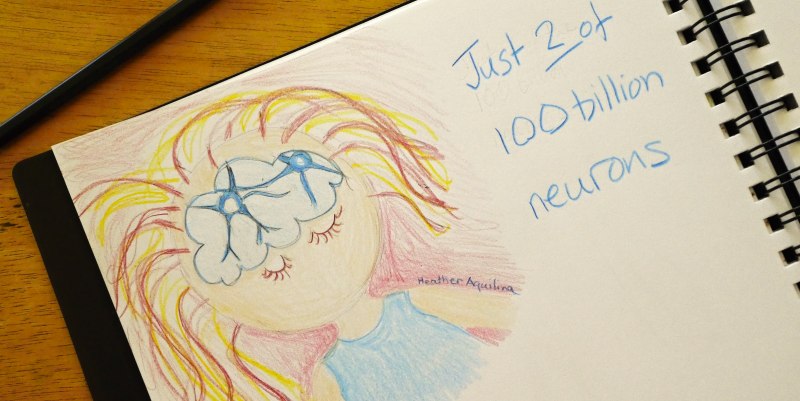 I learned that all our history, all of our experiences are just states of the matter in our brain: memories and neural networks like spiderwebs. Much of these were created in our youth when we had to forge ways through the emptiness of childhood. They’ve been added to over time by our experiences and thoughts.

I remember reading many years ago that we had some large number like 60,000 thoughts a day. But mostly they tend to be the same ones over and over during the day, day in day out.

Unless we make a determined effort, we are destined to have the same thoughts and experiences over and over forever.

Here’s my version of why in a little more detail.

Our brain is packed chock-a-block (technical term) with neurons and the pathways that form between them. These neural pathways are determined by, and determine, our thoughts and experiences.

The truth is that making the pathway takes effort. For a new thought to occur a neural dendrite must reach out into the abyss between the neurons in the “empty” space in our brain – hung out to dry – until, with a snap, it is caught, and a new path is created.

I sometimes think about it as being like pushing a new way through a jungle. Imagine this: you’re walking down a path in a thick green jungle when you realise it doesn’t go where you want.

You decide to leave the path and strike out on your own. You may kinda know where you want to go but you can’t see it from where you are because of all the trees. So you take a machete and start striking out in what you think is the right direction, hoping to get there.

It’s exhausting just thinking about it.

Pretty easy to give up.

Really damn easy to shrug and go back to the path that’s already there.

Even if it’s going the wrong way.

And then you’re back thinking the same thoughts and living the life that accompanies it.

Mixing metaphors: every time you go down a thought path your wagon wheels push deeper into the ground and soon it feels like you’re in a rut … because you are.

There are two pretty stark lessons I took from this.

If you’ve had a bad experience, whether as a child or as an adult, if you survived and don’t want to keep remembering it, the best thing you can do is forget about it.

Every time you think about it, you walk the path again and fix it more deeply. You keep the jungle from growing back to reclaim it and make it disappear. And you make it easier to live that experience again and again.

That means choosing to interrupt any thoughts about it with something else until it fades away. That means not endlessly going over it in your mind.

That also means wallowing in self-pity isn’t going to make you happier and you need to decide whether happier thoughts or looking for sympathy is more important to you. Ouch!

Yes, striking out off the path is hard work. But it is also simple.

Just as in tackling a real jungle there are processes that can be followed to strengthen your trail-blazing muscles. Success ultimately hinges on whether you are prepared to do the work.

Accepting these two lessons and moving on to make the future you want requires discipline and resolve. It may also require letting go of habits associated with well-worn paths, putting up and respecting “do not enter” signs.

In the end, the thoughts keeping you on the path are the excuses I discussed in here. You can keep them but they will stop you from making changes and that probably means achieving dreams.

I have to catch myself more often than I’d like to admit but I am practicing letting go of the buzz of getting attention through whingeing. In the end it’s a habit, a path, but one that’s not going to get me where I want to go so I have to say farewell.

Let me know in the comments if this strikes a chord and you have encountered lessons 1 or 2 in your life and how you have gone forward from them.

Is one of these 3 killer brain barriers sabotaging your dreams?
January 21, 2019